Thermomechanical Fatigue is a major cause of component failure in industrial machinery and structures exposed to temperature conditions and mechanical loads that change of over time. TMF affects a range of components, including aircraft and ship engines, components used in gas turbines for power generation and compressors for gas and oil pipelines or train wheels and brakes.
Thermomechanical Fatigue Test Systems are able to replicate the real-world service conditions of these components and simulate the complex effects of simultaneous thermal and mechanical strain. The TMF Test are more sophisticated than the isothermal fatigue LCF Tests due to fluctuation temperatures, commonly higher heating rates and the extraction of the thermal and mechanical strain components from the total measured strain. Mostly TMF tests are conducted under high temperature or vacuum conditions using in-phase, out-of-phase, or a combined mechanical and thermal cycling. 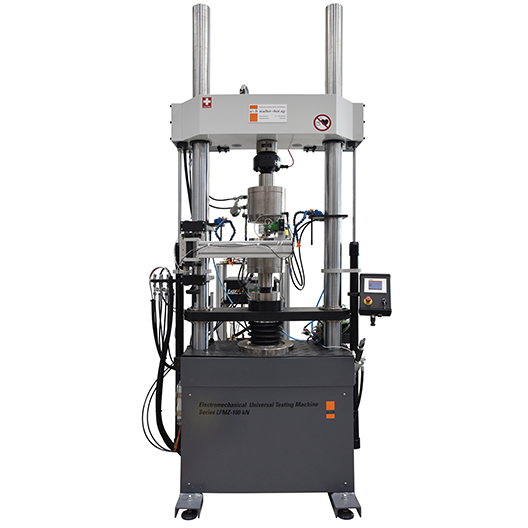